Accordingly, Area #1 was annexed into the City of Pensacola effective November 10. 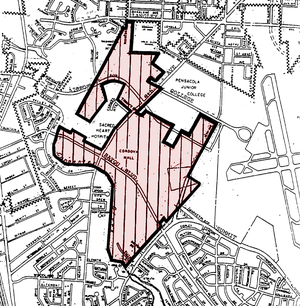 Annexation Area #1 included the Cordova Mall area as well as areas northeast of the Airport Boulevard and 9th Avenue intersection. 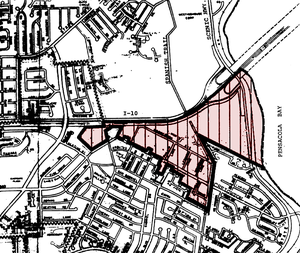 Regarding annexation of Area #1:

Regarding annexation of Area #2:

Residents of Area #1 approved annexation by a slim majority:

On November 14, Mr. Eugene Blanck, a resident elector of Precinct 64 in Annexation Area #1, filed an official protest against the election returns. Mr. Blanck alleged that some individuals who were not residents of Annexation Area #1 were permitted to vote on the annexation question, and that some who were residents were not permitted to vote. He further alleged that the City of Pensacola had failed to identify all electors residing in Annexation Area #1, and that said failure had "unlawfully deprived [some electors] of the means and opportunity to express a full, free, and open choice."[1]

Circuit Court Judge Nicholas Geeker ordered the election's canvassing board to investigate the allegations. The canvassing board, which consisted of County Judge George "Jim" Roark III, Escambia County Commission chairman Kenneth Kelson, and Supervisor of Elections Joe Oldmixon, performed a recount confirming the election results. They also clarified that it was the Supervisor of Elections, not the City of Pensacola, who had authority and responsibility for determining the eligibility of electors.