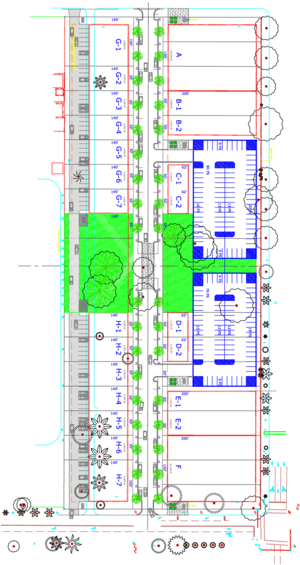 A technology park is being developed on a 9.2-acre tract of public land located between the Pensacola Civic Center and the Aragon neighborhood. Initially proposed by the Pensacola Bay Area Chamber of Commerce, the completed park is expected to host between 300,000-500,000 square feet of office space. The chamber hopes this will attract IT firms and generate as many as 1,000 high-paying jobs for the area.

The land for the park — bordered by Chase Street/W. D. Childers Plaza, 9th Avenue, Florida Blanca Street and a service road abutting the Aragon neighborhood — is owned by the City of Pensacola (1.7 acres) and Escambia County (7.5 acres) and has been used for overflow parking during Civic Center events. On November 7, 2007, city and county leaders voted to draft an agreement combining the respective properties for the purpose of the technology park.[1] The Pensacola City Council approved the partnership by a unanimous vote on February 28, 2008.[2]

On May 22, 2009, the U.S. Economic Development Administration announced it would provide a $2 million grant to provide the necessary technological infrastructure to the property.

The Pensacola-Escambia Development Commission will be in charge of developing and marketing the park when the infrastructure improvements are completed.