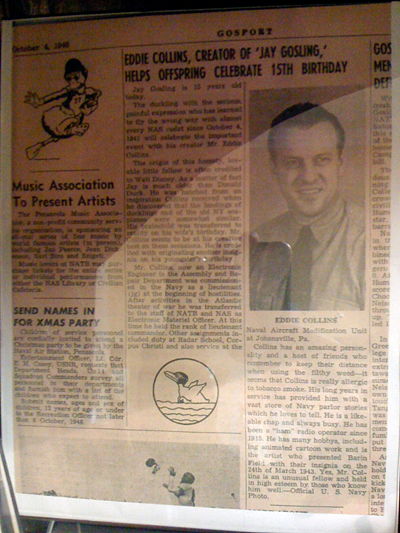 I found this terrific Gosport article (see photo) on a shelf at Sassafras gifts while doing some last minute Christmas shopping. However, something's not right. The article is dated October 4, 1946 and talks about the 15th birthday of Jay Gosling, but then says the character "has learned to fly the wrong way with almost every NAS cadet since October 4, 1941." That's five years, not fifteen. So was it a typo (i.e. October 3, 1931) or is it wrong about the 15-year anniversary? (Or, alternately, is the publication date wrong — perhaps 1956?) I tend to think the former for the following reasons: