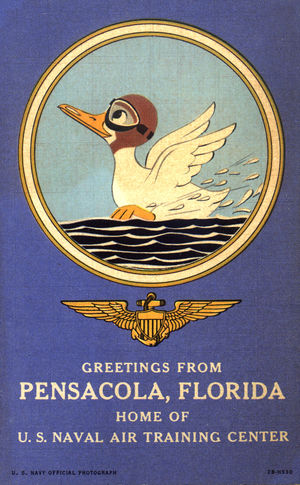 Jay Gosling (alternately J. Gosling) is the duckling mascot of Naval Air Station Pensacola, depicted in the base's insignia wearing flight goggles and attempting a nautical takeoff. The cartoon was created by Eddie Collins on October 4, 1931,[1] a "birthday" shared by Collins's wife.

Often believed to have been inspired by Donald Duck (like WWII-era insignias for NAS Jacksonville and elsewhere[2]), Jay Gosling actually predates the Disney character. Collins said he was inspired by the similarities between duck landings and those of old seaplanes.[1]