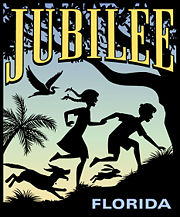 Contrada Hills (formerly known as Jubilee) is a planned community slated for development on a 2,718-acre parcel in north Santa Rosa County near Pace, between Berryhill Road, Willard Norris Road and Chumuckla Highway. It was announced on March 20, 2007 at a grandiose event and has employed a high-profile advertising campaign (see below). The massive residential project is planned to include 588 single-family houses in the first phase alone, priced between $275,000 to $1.5 million,[1] as well as a private golf club designed by PGA champion and Pensacola resident Jerry Pate. The development was originally planned by Atlanta-based The Eagle Group, but was taken over by investors under the name 2718 Santa Rosa when the project was hit by million of dollars in liens. It was renamed Contrada Hills in early 2008 and designated a "Community Development District" by the Santa Rosa County Commission.[2] This status will allow the developers to issue tax-free bonds to pay for infrastructure improvements. 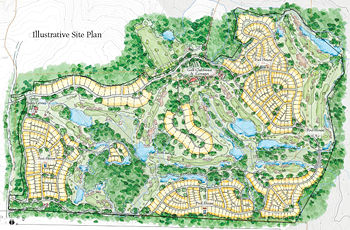 Developers claim the project will not face significantly changes due to the financial troubles and lawsuits that have plagued development. "The vision hasn't changed, we're just changing the name," said project manager Guy Balencie when the Contrada Hills name was announced. "We just wanted the negative connotations of the history to be gone."[2]

Starting around January 2007, media companies Lamar Advertising and Bill Salter Outdoor posted several billboards featuring silhouettes of a cartoon boy and girl chasing a rabbit. The billboards had no other words or identifying logos. Representatives of the companies confirmed that the boards were part of a "teaser campaign" of a client who wished to remain anonymous.[3]

The project was put on hold in August to pursue new financing avenues. A spokesperson for the Eagle Group said the company had "decided to cease what they were doing and reassess the current marketplace."[1]

Later that month, the investors behind Jubilee, under the name 2718 Santa Rosa, took over the project from the Eagle Group and began to address the financial issues. According to 2718 Santa Rosa managing member Barney Ng, "The Eagle Group had a development and purchase option agreement with us. They could not fulfill their contractual obligations. We had to step in and take over the situation."[4]

The new owners renamed the project "Contrada Hills" and sought recognition from the Santa Rosa County Commission as a Community Development District, a designation that would allow them to pay for infrastructure costs with interest-free bonds.[2]

In 2008, real estate developer Euby Black, who worked with Bolley "Bo" Johnson's company Whisper Creek to negotiate the purchase of the project's 2,718 acres from International Paper (IP), filed a lawsuit against Ng, Johnson, and the Eagle Group's Ron Reeser, claiming they cut him out of the development and an estimated $190 million return on his investment. Black had worked with The Eagle Group and Santa Rosa County officials to develop the concept of the community, which he originally called Governor's Club and later Arcadia Hills. Ng's investor group, 2718 Santa Rosa, purchased the land from IP for $9.9 million and paid Johnson's company an assignment fee of $20 million. Beachwalk Associates, owned by Reeser, had planned to buy back the property later and agreed to give Black half of the profit of land sales and 20% of developed lots, but the planned transfer never occurred.[5]

2718 Santa Rosa countersued Black along with Reeser and Hal Hayes, claiming financial mismanagement and breach of contract. According to the second lawsuit, 2718 Santa Rosa kept control of the property because Beachwalk Associates "had proved unable to secure other financing to repurchase the property."[6]