The Reverend Hugh Garrett King, Sr. (b. 1954) is an African American community leader, former Pensacola City Councilman and former pastor of the Greater Union Baptist Church. He was arrested on April 28, 2007 for cocaine possession, after which he was removed as pastor. He pleaded no contest on January 14, 2008 and received two years' probation, but is expected to appeal the legality of the search that led to his arrest. On July 7, 2009 the cocaine possession conviction was overturned by an appeals court. The 1st District Court of Appeal in Tallahassee ruled that the Pensacola police did not have "reasonable suspicion" to pull over the green Ford Explorer in which King was a passenger on April 27, 2007.

King was elected to the Pensacola City Council in 1999. On January 14, 2000 King and the City Council voted to rename a portion of Alcaniz Street (north of Cervantes Street, through the Eastside neighborhood) Martin Luther King Jr. Drive.

He was installed as the fifteenth pastor of Greater Union Baptist Church in the spring of 2004 following the death of his father, Reverend A. J. King, Sr., on October 9, 2003. Citing the primacy of his church position, King announced he would not seek reelection to the Pensacola City Council.[1] Jewel Cannada-Wynn replaced him in the 2004 election.

On February 7, 2008, King pre-filed to challenge Marie Young for her District 3 seat on the Escambia County Commission. However, he dropped out of the race without explanation several months later.

When Front Porch Pensacola community liaison Thelma Manley came under fire in early 2007 for alleged mismanagement of organization funds, Rev. King, a member of the Front Porch Council, came to her defense. King hosted a March 20 press conference at his church, where he defended Manley of the allegations and accused Council members Michelle MacNeil and Melanie Nichols of racism. 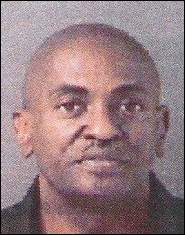 In the early morning hours of April 28, 2007 Rev. King was arrested by police officers who were responding to a burglary call at North D Street. The police stopped Mark Anthony Cotton and King, his passenger, several blocks away from the crime at A and Blount Streets. They were driving a light-green Ford Explorer similar in build to the gray Chevrolet Blazer described by witnesses as leaving the burglary. After an officer observed a knife covered in white powder residue on the vehicle's center console, Cotton and King were searched. A bag of cocaine, valued at around $25, was found in King's back pocket.[2] Later reports stated that less than a gram of cocaine was found on King.[3]On July 7, 2009 the cocaine possession conviction was overturned by an appeals court. The 1st District Court of Appeal in Tallahassee ruled that the Pensacola police did not have "reasonable suspicion" to pull over the green Ford Explorer in which King was a passenger on April 27, 2007.

King entered a written waiver of not guilty on one charge of cocaine possession on May 17 and requested a jury trial.[4] Attorney Barry Baroset later asked Circuit Judge Joel Boles to suppress the evidence against his client, arguing that Officers Charles Decker and Matthew Coverdale illegally stopped and searched Cotton's vehicle, which he said did not closely match the Chevrolet Blazer described by robbery witnesses.[5] Boles denied the request, saying the offficers had a "well-founded suspicion" to stop the vehicle.[6]

He was expected to plead guilty and enter a pretrial intervention program,[7] but later denied agreeing to the terms of the program. "We stood before this congregation and said we were not guilty, and we told the truth," King said. "We entered a formal plea of 'not guilty.' That has not changed, and it will not change."[8]

King later dismissed Baroset as his attorney and hired Ted Stokes. He announced his resignation as pastor of Greater Union on December 23, 2007, and in early January 2008 stated that he would change his guilty plea to no contest. As Stokes explained, "The pretrial intervention would have been fine, but the state wanted him to admit guilt. He has a big issue with acknowledging guilt. I don't think Mr. King has any regrets."[9]

King entered the plea before Judge Joel Boles on January 14 and was sentenced to two years' probation. Boles withheld adjudication, meaning King will not have a felony conviction appear on his record. King still intends to appeal the legality of the traffic stop and search that led to his arrest.[10]

As a result of King's plea, Community Maritime Park Associates Chairman Lacey Collier asked Board members to consider removing him "for conduct detrimental to the interests of the corporation," as allowed by the organization's bylaws.[11] King was removed from the CMPA board in February 2008 by an 11-1 (with King dissenting).